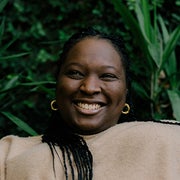 Kayla Stewart is an award-winning food and travel reporter. She is a columnist at the Bittman Project and Salon, and her work has been featured in The New York Times, Life and Thyme, the Southern Foodways Alliance, Runner’s World, Bicycling Magazine, Bon Appétit, Travel + Leisure, Texas Monthly, Texas Highways, HuffPost, New York Magazine’s Grub Street, and other publications. In addition to her work as a journalist, she served as a Fulbright Scholar in Indonesia and holds a joint master’s degree in international relations and journalism from New York University. When she’s not on the road or eating at her favorite local restaurants, she can be found running or biking along the Hudson, visiting museums, and doing her best at sticking with Duolingo.

What Happened When I Tried Going Zero-Waste

After taking a critical eye to the amount of food she was throwing away, one writer realized things needed to change