Races Crack Down on Aliases

Identification now required at many events

If you've entered a road race in the last decade, it's likely you've competed against Bruce Wayne, who's appeared in the results of at least 41 races in the U.S. since 2005, including the Philadelphia and New Jersey marathons.

Runners all across the country enter races using fake names, sometimes to conceal what might be an embarrassing PR, or just to get a few laughs. According to Runner's World Newswire, many race directors in the U.S. say they can no longer allow runners to conceal their identities due to security reasons—especially after the Boston Marathon bombings—and medical concerns.

“If that person collapses on the course, I don't know who they are, who their emergency contact is, what allergies they might have,” Lowell Ladd, who manages East Coast marathon, told Runner's World.

What's the your favorite racing alias? Tag it on the image below. 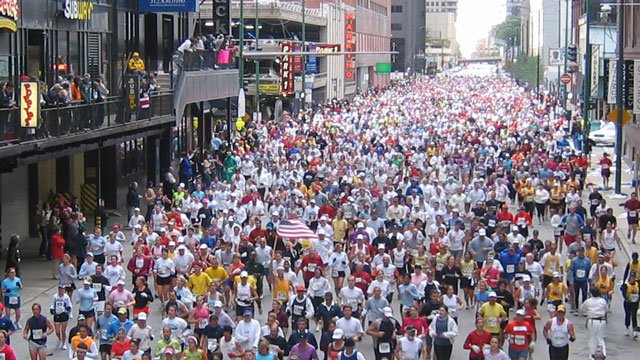 A Hiker Tried to Burn a Spider. He Allegedly Sparked a Wildfire Instead.

The Greatest Outside Adventure Stories Ever Told