Everything from sustainable soft goods to thermoplastic wheels and frames

A love for riding and our relationship to the places where we do it is something of a rolling dichotomy (pun intended). Mountain biking, as a consumer-centric industry, has very real impacts on the environment; we love our gear, our upgrades, our tech, and not to be forgotten, our travel (pun also intended). Bikes these days are somehow considered outdated if they’re more than a few years old, and that’s not to mention consumables, gear upgrades, and romanticized road trips. Needless to say, our sport affects our environment, the most obvious sources being industrial and consumer waste.

But it’s not all bad, and we’re not here to tell you not to go buy a new bike, not to lube your chain, or not to get out for a two-wheel vacation this summer. But, there are ways to do those things while limiting their environmental impacts. Here’s a primer—not an exhaustive list—of some brands that are reducing their impacts.

PNW Components makes excellent dropper posts (among quite a few other mountain bike goodies), that you can also buy refurbished. Getting the correct dropper post for your bike can be tricky as sizing isn’t as straightforward as ‘choose the drop you want.’ When a dropper gets returned, PNW refurbishes it and resells it for a hefty discount under its PNW Cycled sub-brand. Stock is usually limited, but you never know if you’re going find just the post you need. PNW also refurbishes its Loam Lever, which is regularly available and costs $20 less than new.

PNW has also moved to make all customer purchases carbon neutral through Cooler, and puts a portion of the profits toward clean energy. 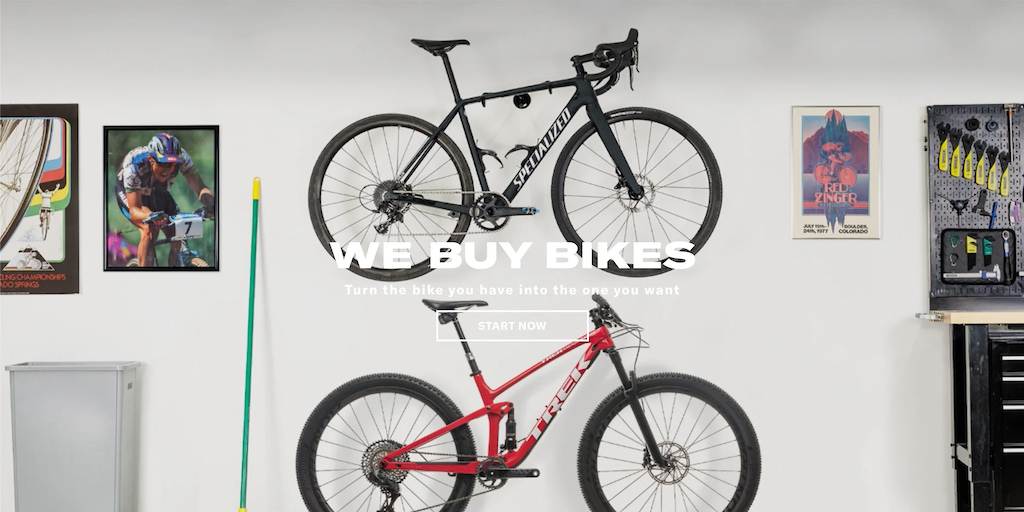 There’s a reason that Reduce and Reuse are the first two of the three Rs we all learned in elementary school. It’s great that some brands are trying to minimize their impacts, but the most environmentally friendly bike gear is the stuff you already have—or that you can buy used. We love the latest and greatest, but it takes more resources and produces more waste to build a new bike than to maintain a used one.

Allow us to promote our own BuySell classified pages here, where there are nearly 100,000 listings for bikes and parts right now. The model year cycle of new bikes keeps churning, but that doesn’t mean you need to take part in it directly.

Alternatively, if you want more support and less risk, a certified pre-owned service like The Pro’s Closet is worth a look. They buy and resell used bikes, with each bike getting inspected, cleaned, and tuned before going back out the door.

The brand has long been a leader for an environmentally conscious business model, incorporating their ethos into every part of the company. Over the last few years, Patagonia has developed a line of mountain-bike-specific clothing and soft goods, complete with hard shells, hip packs, shorts, jerseys, and even bib-liners.

To explain everything that Patagonia does to justify its environmentally conscious branding would take more than a short blurb. So instead, we’ll hit you with some numbers that Patagonia publishes on its website: 100 percent of the brand’s electricity needs in the U.S. were met by renewable sources, 64 percent of fabrics used this season were made with recycled materials, and 56,000 garments were repaired. That last one is pretty neat. Patagonia will repair your gear, saving you from tossing what you have and buying a whole new piece. There’s also a section of their online store for used gear, Worn Wear—according to recent research, buying second-hand does have a positive impact on sustainability and the environment. 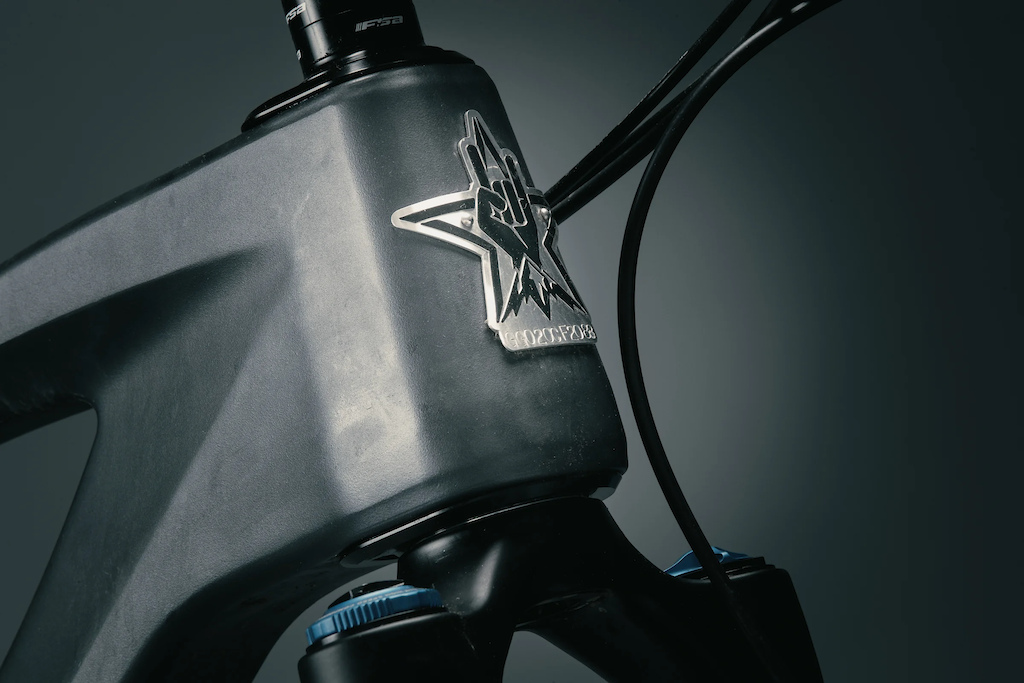 No doubt most of you have heard about the new-fangled carbon bikes being produced by Guerrilla Gravity (GG). The brand once synonymous with brawler-worthy alloy shred sleds made waves a few years back with its introduction of Revved Carbon, a new kind of carbon fiber (to the bike industry) that isn’t made by traditional methods, or using traditional materials. There’s a lot to unpack about Revved, but here are some main takeaways: First, it’s claimed to be stronger (in some ways) than ‘regular’ carbon fiber, so in theory, you’re less likely to damage your frame and need to replace it. But more importantly, Revved is cost-effective to recycle, as is the excess material left over during the frame’s manufacturing process.

GG touts quite a few other ecological benefits, including reduced air pollution (minimal sanding required for finish work) and a shortened supply chain (frames are made and raw materials are sourced in the U.S.). Across its lineup of bikes, GG reuses the same front triangles, swapping shocks, links, and rear triangles to differentiate between models. This reduces upfront manufacturing costs while also allowing customers to swap bikes, or effectively have two bikes, with less effort and waste than buying a whole new or second bike. 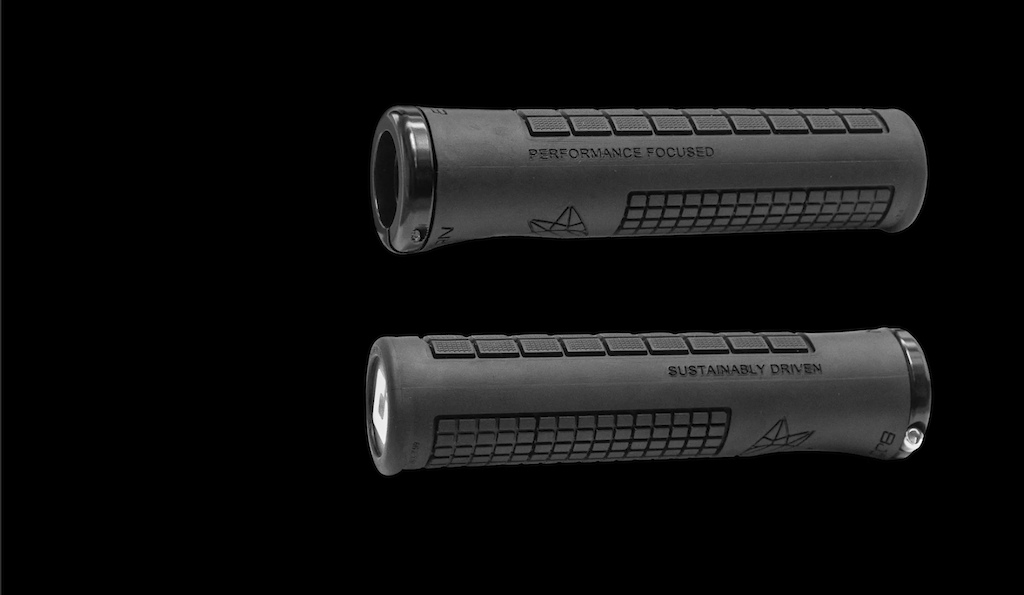 It might seem like a small fry when compared to some of the big-ticket items in this list, but Bjorn’s pair of ODI-collab grips are made from 100-percent recycled rubber. Even better is where that rubber comes from— the post-industrial TPE rubber waste from ODI is collected and re-molded into Bjorn’s grips.

Bjorn’s grips are made in the U.S., at ODI’s headquarters, as a bonus for the North American folks, and Bjorn goes the extra mile of purchasing carbon offsets for unavoidable waste or emissions produced in the process of making the grips.

We’ve all heard the buzz, that swarm of angry bees coming down the trail. But the hub isn’t really what’s important about Chris King, rather it’s how that hub was made and what that process proved.

In manufacturing and milling, there needs to be a coolant for the machine bits. Usually, it’s water, not oil, due to water’s higher specific heat and better cooling ability. But there’s a big environmental concern with using water in machining. Water gets foul with bacteria and eventually becomes hazardous waste. Oil, on the other hand, has a lesser capacity for heat but can be reused and recycled—if you can get it separated from the alloy chips that are also a waste product of the same processes.

Chris King not only managed to efficiently make that separation, but it also managed to make it profitable and more sustainable. They crush the oil-covered chips in what’s essentially an industrial trash compactor, forcing out remaining oil for collection. At the same time, the now crushed-chip block of metal is superior to loose chips in that more of it is retained during smelting for recycling, which means Chris King can sell it for a higher price. The reclaimed oil can be filtered and reused in the machines over and over. The whole process is a win/win, not a zero sum game that most associate with ‘green practices’ in industrial applications.

It took Chris King decades to land on this method, but it is a one that not only makes its business more profitable but also helps the environment. It’s an example of a positive melding of smart business and environmentalism in a forum where the two are usually mutually exclusive. Chris King proved that’s not always the case, and last year the company was recognized for their efforts with a B-corp certification. 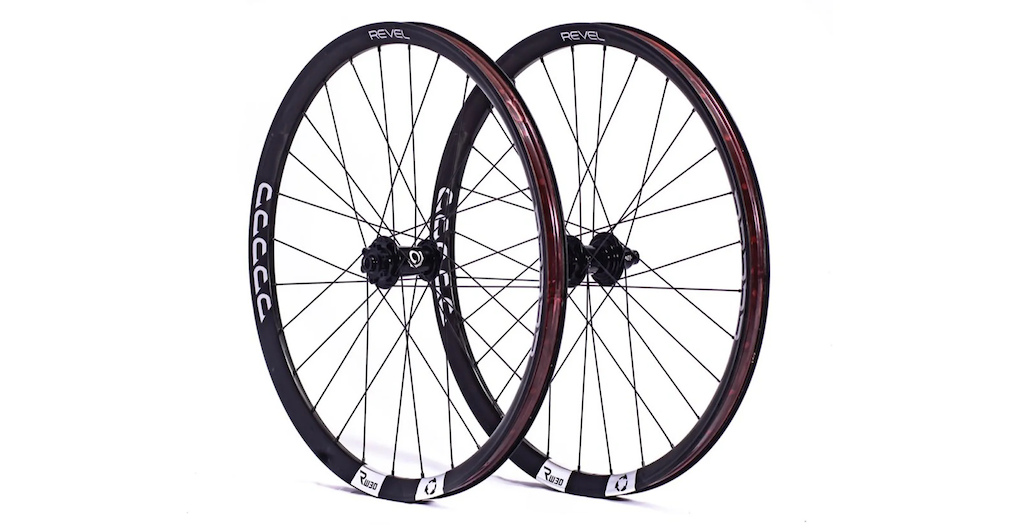 While Guerrilla Gravity holds status for making recyclable carbon frames, several companies are now offering carbon rims that are more easily recycled, including Revel, Evil, and Chris King. All three of those companies are getting their rims from CSS Composites, based in Ogden, Utah.

The ‘FusionFiber’ rims use thermoplastics instead of a traditional resin in curing the carbon strands together. That explanation is grossly oversimplified, used to highlight the major differences in the processes when compared to traditional carbon layup. The manufacturing requires less labor and time, and they’re reportedly more durable and compliant than if they were made from regular carbon fiber. Each company uses their own rim molds to achieve their desired attributes, but the basic manufacturing process is the same.

More importantly, though, when the rim does reach the end of its life, it won’t break down into tiny little eco-harmful pieces. Rather, the “thermoplastics” can be reheated and the rim broken down into a material that can be forged into a new carbon fiber creation. It won’t be a wheel, but it won’t be modern art in a landfill either.

A small UK-based company that only makes two products, both pedals, Pembree sets itself apart as an example in putting as much emphasis on their environmental impact as they do their products. Pembree warranties their pedals for five years (two years on bearings) and, after that, offers store credit for your beat-to-sh*t pedals when they eventually do reach the end of their lives. Pembree wants the pedals back for recycling purposes, since they have the ability to recycle parts of the pedals, like seals, that normally would just get tossed in the bin. What other company offers that sort of service?

Pembree is 100-percent carbon-balanced, through TEMWA, as well as 100 percent run on renewable energy sources. It has also taken steps to render all shipping carbon-neutral and packaging 100 percent made from recycled materials—also plastic-free. The downside? Supporting all that will cost you around $200 per pair.

Redwood Materials is a Nevada-based company that specializes in the disposal and recycling of lithium-based batteries—think e-bike batteries. It has worked with some pretty big names in the past, like Tesla, Amazon, and Nissan, to develop methods for recycling lithium batteries, which we know is a growing concern for the cycling industry’s e-bike sector—i.e., what happens to an e-bike battery when it doesn’t hold a charge anymore? Usually, it’s sent overseas for smelting, not specifically recycling. Redwood seeks to process used batteries with recycling first and foremost. One major brand that sees the benefits of recycling is Specialized, which is looking to process all its reclaimed batteries from e-bike customers through Redwood. Looking into the future of our sport, which will include e-bikes, having such a prominent company commit to a U.S.-based recycling program is promising.

This article originally appeared on our sister site, Pinkbike.

Gear to Keep You Bike Commuting All Winter Long

How to Keep Bike Commuting All Winter Long